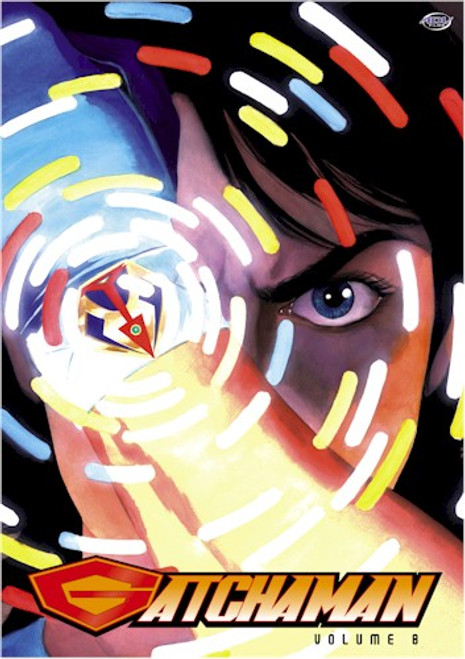 First In volume 8, Witness ⌠A Romance Destroyed by Evil!÷ Romina and Julia plan to marry in order to make peace between their two warring countries. But Galactor has other horrifying plans for them. Then, the Mysterious Red Impulse gives special training to the Science Ninja Team in order to meet ⌠Galactor's Challenge!÷ Next, A Fog-shrouded island hides awesome power and Gatchaman must stop Galactor from obtaining it. With the help of a sea lion the Team just might succeed! In a solo episode for G-1, Ken is forced to pilot a plane by a mysterious gunman. Bullets fly and Ken crashes! Who will survive in ⌠Gatchaman in the Valley of Death?÷ In episode 47, while transporting a top secret I.S.O. computer component, Director Anderson's plane is hijacked! Can The Science Ninja Team save him from ⌠The Devils Airline?!÷ And finally, no one is smiling when ⌠The Camera Iron Beast, Shutterkiller÷ sets out to steal I.S.O. secrets and exploit their weaknesses!