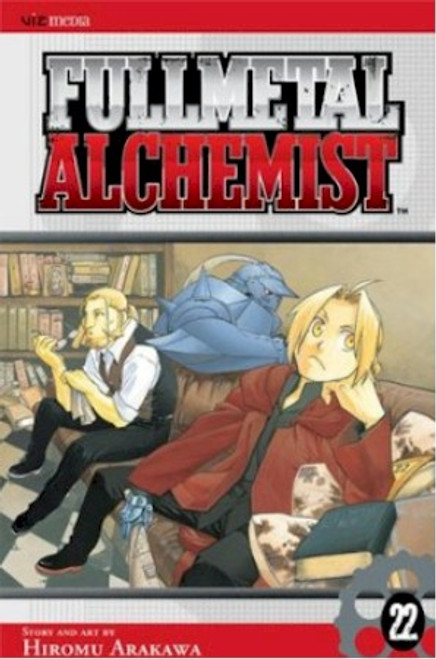 In an alchemical ritual gone wrong, Edward Elric lost his arm and his leg, and his brother Alphonse became nothing but a soul in a suit of armor. Equipped with mechanical "auto-mail" limbs, Edward becomes a state alchemist, seeking the one thing that can restore his and his brother's bodies...the legendary Philosopher's Stone.

Having consumed Gluttony's powers, Pride may now be too much to handle for Ed and his allies. Their only chance could be the help of Al and Hohenheim, but will Ed trust his estranged father long enough for their plan to work? And back at Central City, Mustang and his team have started their attack. But does the army have a dangerous trick up its sleeve...?