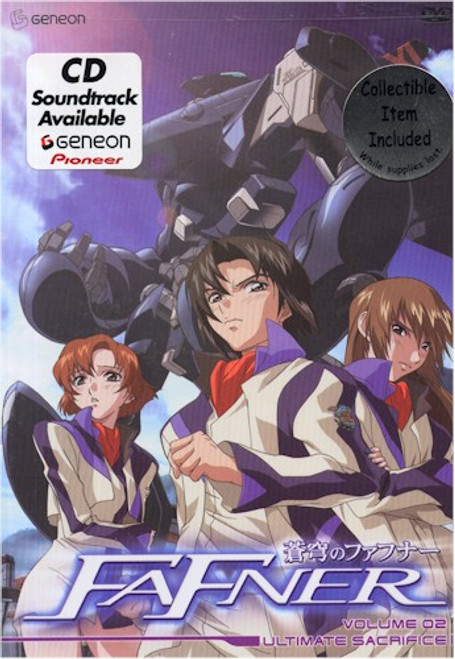 Nothing has been the same ever since the Festum invaded the island.

While the population copes with constant attacks and battle preparations, the leaders of Alvis struggle to move forward under increased political pressure from the Neo UN. Meanwhile, battle fatigue has set in for the young pilots and, while Kazuki is away on a rescue mission, Shoko is pressed into service to pilot the Fafner with devastating results.