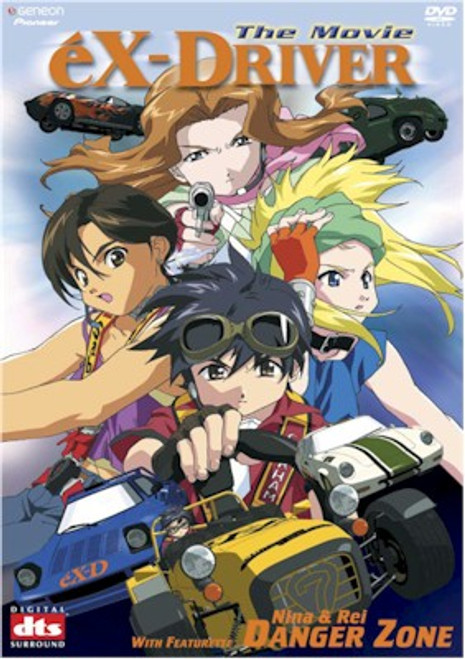 Lorna, Lisa, and half-pint Souichi from the 2000 OVA head to Southern California to compete in an international car race. In the future, "AI" cars and trucks drive themselves with humans as passive passengers. But when a vehicle goes berzerk or someone reprograms it, the eX-Drivers swing into action. The focus of the story is a behind-the-scenes rivalry between the sponsors of the American and Chinese teams. The former is a Mafia don-turned-pasta-magnate, the latter owns a chain of supermarkets; both are offensive stereotypes. Occasional jiggle shots and groping jokes break up the surprisingly cheesy animation CG of the race and the many car chases. But the adolescent boys who make up the target audience for this feature probably won't be troubled by these flaws. The short Nina & Rei Danger Zone is included as a bonus.