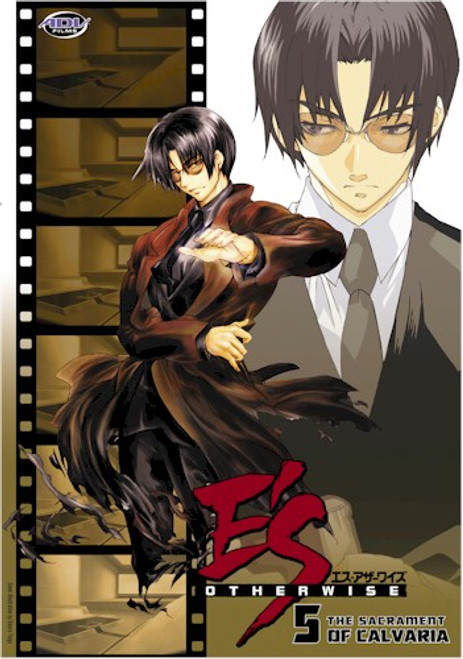 With the Raphael and the rest of the children set free from the sinister clutches of Giberini and his church, better known as ⌠paradise÷, Kai embarks on the next phase of this mission. He is off to find the secret of the Sacrament of Calvaria. However he is not alone in his quest. Yuuki, Maria, and Asuka are also in on the hunt. And following them are Sherry and Kyou, along with Maxim. Oh yeah, and let's not forget the guerillas. Meanwhile, Shen-lon is starting really freak about what has happened to his sister, Shin-lu, and her ⌠strengthening procedure÷. He is frantically trying to find answers and seems to be getting help from a most unusual accomplice. Back at Ashurum, Eiji is realizing that he might have his hands a bit too full. Things are starting to come to a head, and with this many psychics involved it can only mean one thing: things are gonna get worse before they can get better. You don't want to miss this exciting volume of E's Otherwise. It will literally blow you away!