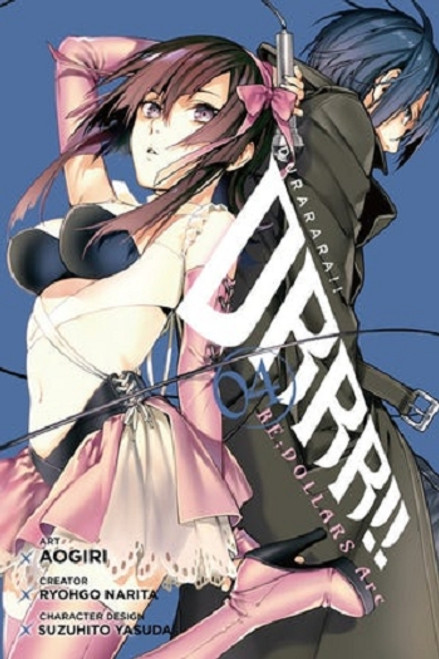 Shizuo gets caught up in a violent fight between a foreigner and a mysterious zombie-masked adversary, and he sends them both flying! Coincidentally, Shizuo's brother, Kasuka, witnesses the zombie's crash landing and takes off its mask to reveal the identity of Hollywood. Hollywood is the suspect in a string of recent murders in the city...so why does star idol Ruri Hijiribe keep popping up around the incidents?! It seems Ikebukuro's as action packed as ever!

Tomo-chan is a Girl! Graphic Novel 03