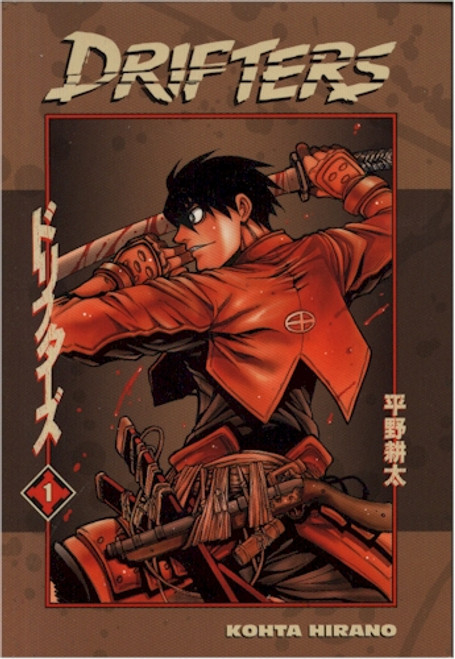 AD 1600. The final battle to control Japan's future is being waged. Shimazu Toyohisa sets his sights on the opposing general's head in an all-out assault on enemy forces. On the edge of death, a door to another world opens and swallows Shimazu. He awakens in a place that is not here, in a time that is not now, where the strongest samurai from the period of warring Japan are brought to a new world of war where elves, dragons, goblins, and other warrior "Drifters" snatched from Earth's history are used as chess pieces in an endless game of blood, destruction, and madness.

From Kohta Hirano, the creator of the worldwide phenomenon that is Hellsing, comes Drifters, an unchained fantasy maelstrom of epic sweep and explosive action.