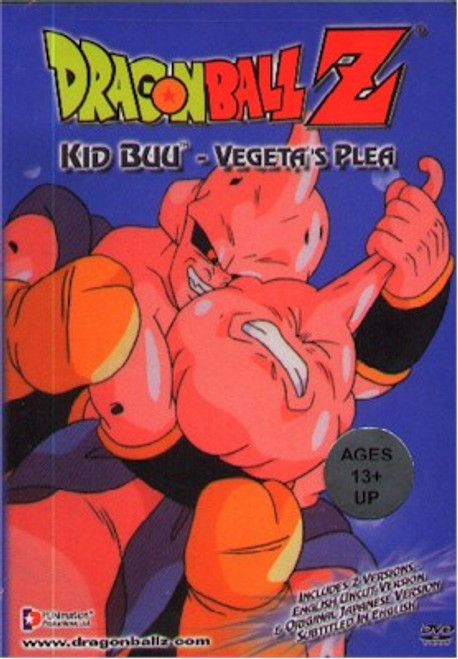 Episode #267: Old Buu Emerges Just as Vegeta is about to breathe his last breath in his heroic but failing effort against Majin Buu, The Champ steps in to take up the challenge! It seems that the would-be-hero has signed his death warrant, but when Buu tries to attack him he becomes crippled with agony! The wicked Buu soon discovers the source of his pain, and it turns out to be a big, pink surprise! Episode #268: Earth Reborn As the good Majin Buu wages an all out war against his evil counterpart, Vegeta has Dende summon the Dragon on the new Planet Namek. Through the miraculous power of the Dragon Balls, the Earth and its inhabitants are restored to life! But with the good Bun's power rapidly decreasing, will Vegeta have enough time to carry out the final phase of his plan? Episode #269: Call To Action With time running out, Goku desperately awaits the arrival of the Earthlings' collective energy to vitalize the Spirit Bomb. But the energy isn't coming! Why have the people of the Earth turned a deaf ear to Vegeta's plea for help at this most critical hour?