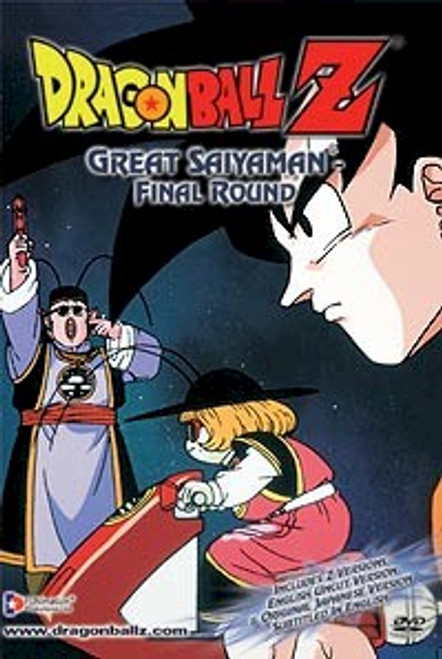 After barely escaping the dinosaur Maraikoh's meteor bombardment, Goku advances to the tournament's final round where he must face the warrior Pikkon! Sparks of energy erupt as the mighty fighters battle for the championship title! But when Pikkon reveals a Piccolo-like secret, Goku must up the ante! It's time to go Super Saiyan!

The final round of the Other World Tournament climbs to conclusion, as Goku and Pikkon power up to their most explosive levels! Goku may be a Super Saiyan, but can he withstand Pikkon's unbelievable Thunder Flash Attack?! ... And that's not all! While Goku's been fighting in the Other World, seven years have passed on Earth! Gohan is now a teenager!

On the way to his first day of high school, Gohan stops a truckload of bank robbers by turning Super Saiyan. But now the city can't stop talking about this mysterious "Gold Fighter"! Can Gohan get through class without revealing his secret identity?