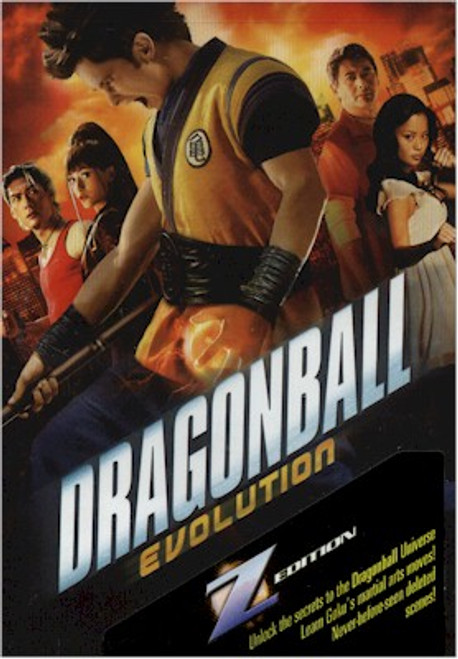 Based on one of the most popular Japanese manga series of all time, Dragonball: Evolution follows a young warrier on an epic adventure to discover his destiny... and save the world from the forces of darkness.

For his eighteenth birthday, mild-mannered Goku is given a mystical Dragonball, one of only seven in existence which combine to grant a perfect wish to whoever possesses them. But an ancient warlord named Piccolo has escaped eternal imprisonment and is on his own quest to gather the Dragonballs. Goku must enlist the help of his friends - and the power of his evolving martial arts skills - to defeat Piccolo before it's too late!

Packed with spectacular visual effects, high-flying action, and over an hour of hard-hitting extras, Dragonball: Evolution Z Edition brings the legend to life as never before!