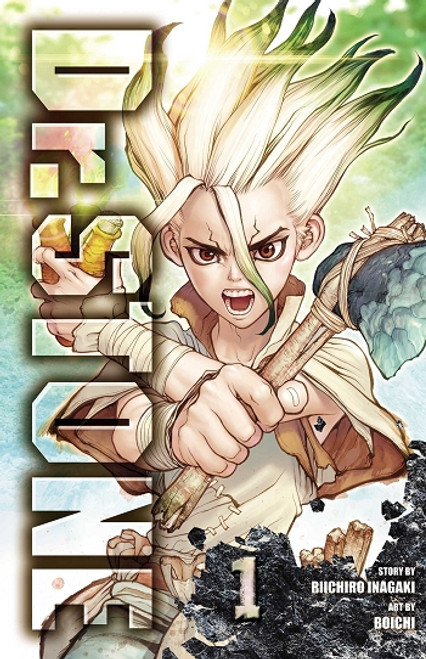 Imagine waking to a world where every last human has been mysteriously turned to stone...

One fateful day, all of humanity turned to stone. Many millennia later, Taiju frees himself from the petrification and finds himself surrounded by statues. The situation looks grim--until he runs into his science-loving friend Senku! Together they plan to restart civilization with the power of science!

When every human on Earth is turned to stone by a mysterious phenomenon, high-schooler Taiju is also petrified the moment he's about to confess to his high-school crush. Flash forward several thousands of years later, Taiju awakens and joins up with his friend Senku, who has ambitious dreams. His plan: to restart civilization from square one with the power of science!