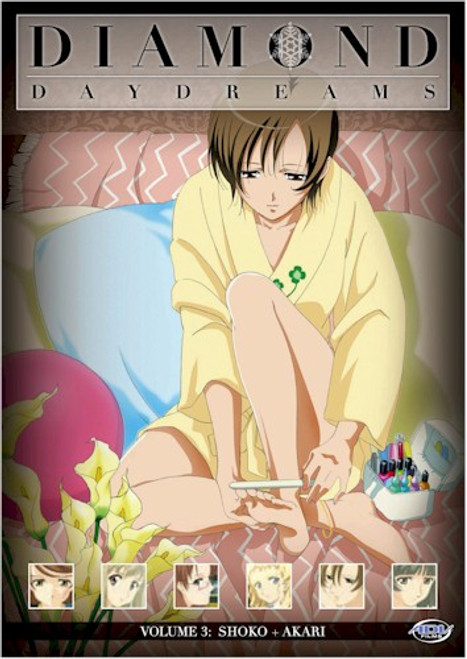 Nothing sends chills down the spine - Like a wish finally realized. Take a trip up north for a series of stories from six women and their trials of love, loss and life in Hokkaido. Shoko runs a local radio program where she discusses with listeners their relationships and offers guidance as to how they can keep the fires burning. Her show is successful, her fans love her - she couldn't ask for a better job. The problem: she is having an affair with a married man. As their shaky relationship grows even more unstable, Shoko is forced to ask herself some very important and painful questions - questions she found much easier to answer when someone else was asking them. Akari has lived alone with her father ever since her mother died. She spends her days working at the local confectionary, doing household chores and taking care of her father. He is an unsuccessful gold digger and a drunk. He spends the majority of his time and Akari's money at a small bar down the street from their house. Each night, he eventually drinks enough to get into a fight and gets kicked out. That's when Akari picks him, takes him home and puts him to bed. It looks like things couldn't get any worse. Until, Akari finds out about her father's illness.