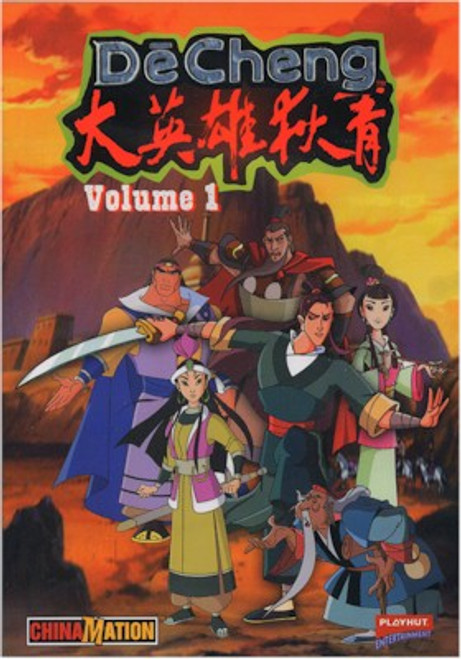 DeCheng is an action packed adventure series set in ancient China. It follows the odyssey of a young orphan who grows up and returns to his war-torn country to fulfill his destiny as a great warrior and savior. As a child DeCheng was drawn into a mysterious whirlpool that took him far away from his family. Rescued and raised by a reclusive monk and ex-military soldier, he grows up learning the secrets of great fighters. After years of training, DeCheng leaves the monk's tutelage to help defend his native land from siege. Fighting to restore peace in the land of his ancestors, he quickly gains the admiration of his people, while instilling fear in their enemy.