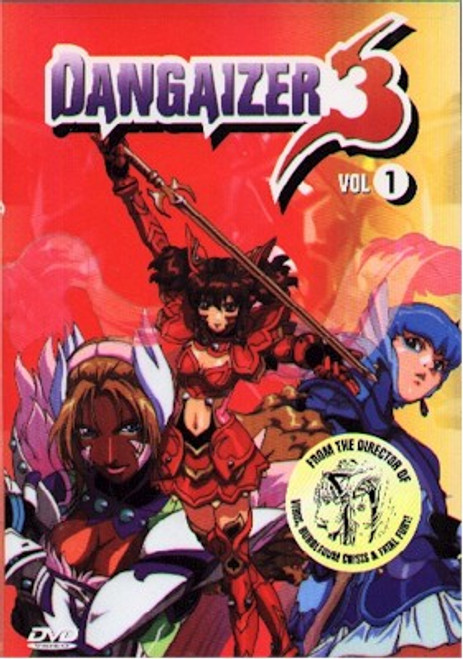 Hina loved high-tech battle, she just never thought her life would become one! Avid gamer Hina Mitsurugi loves the fast paced action of battle. Whether it's blasting away the competition on her favorite arcade game or watching the latest kickboxing match, she's always ready for a good fight. When an innocent outing with friends turn into an all out battle for survival, Hina must put her virtual battle skills to the test in the real world -only this is no game and she doesn't get a second chance! Hunted by assassins and thrown into a battle between ancient gigantic robots, Hina is in for the shock of her life - it seems she's one of the pilots of Dangaizer, the most powerful robot of all time! Now her and her fellow pilots, Cindy and Reika, have been targeted for annihilation by Dangaizer's ancient enemies, the evil organization of Goma. Somehow the trio must awaken Hina's past memories and unlock her destiny before Goma manages to destroy Dangaizer and seize control of the entire planet!