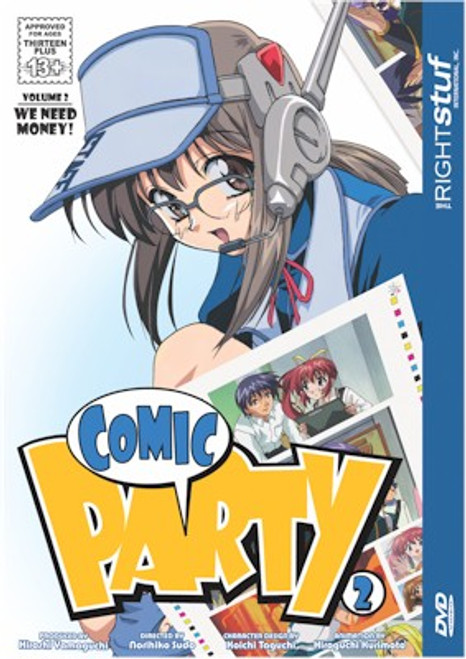 The path to destiny is unfolding! Kazuki has created his very first fan comic, and they're on their way to world conquest, but there's just one minor hitch in Taishi's glorious plan: it's expensive to print comics, and now they're out of money! Taishi, being his usual self, has already solved the problem - he found Kazuki a part-time job! Our hapless artist ends up trekking out to Akihabara, Tokyo's famous electronics district, to become a waiter at a new cafe called "Cosmix". The job seems innocent enough (coming from someone like Taishi), but why are there Steel Angel Kurumi cosplayers outside the cafe...? Yet even as one problem is solved, another appears! With all the time he's been spending on comics and his new job, Kazuki's grades are plummeting. The way things are going, he'll have to choose between good grades or fan comics... Will Kazuki throw away a future career for his newfound hobby? Or is Taishi's dream of ruling the world about to go up in smoke?