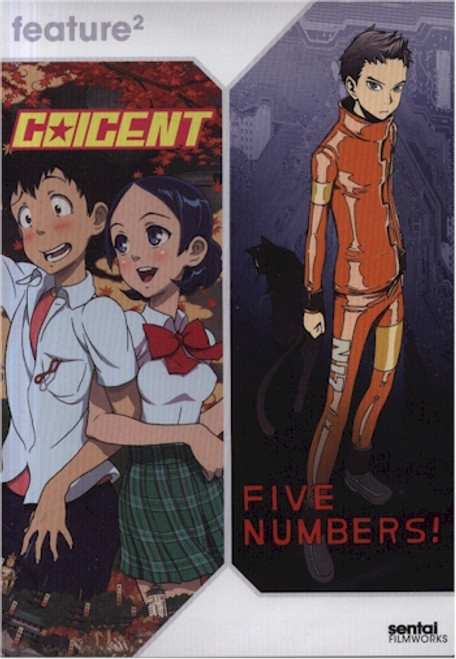 Get ready for a double dose of amazing science fiction as two astounding tales come together in one incredible collection of state of the art animation!

First, it's a quick time jump to the 26th century where a school trip to a rebuilt 21st century city turns into a wild adventure for teenaged Shinichi. While chasing a talking deer that steals his bag, he runs into a strange girl trying to elude even stranger pursuers, and then things get really wild. It's a mad dash through a city of the past as two young people discover a chance at a new future in COICENT.

Then, four people awake to find themselves in the ultimate prison: an ex-soldier, a beautiful woman, an average Joe and a young computer hacker. Why are they there? What connection links them all? And how can they escape? The answer seems to lie with the fifth prisoner, an old man who knows far more than he is telling. And then there's the cat. It's the ultimate locked room mystery and all their lives hinge on solving it in FIVE NUMBERS.

Two larger than life stories, one astonishing DVD: it's the COICENT/FIVE NUMBERS Collection!