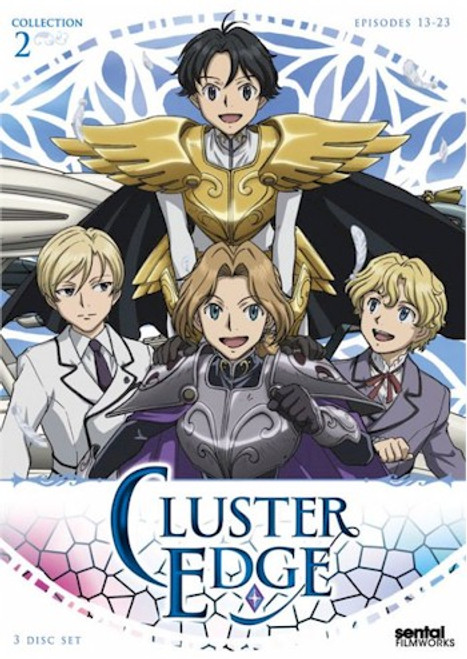 The epic tapestry of history may be composed of millions of threads, but there are always a select few upon which the entire weight of humanity ultimately comes to bear. As the thread of Chalce, the artificial soldier that Agate saved on his way to Cluster E.A, slowly begins to unravel, the mysteries surrounding Agate's own past begin to be revealed with staggering implications. Unfortunately, Agate, himself, may not survive the revelation! As Vesuvia tortures Agate in an attempt to get him to unleash his powers, and Chrome attempts a daring rescue, the discovery of Chalce's diary may change the course of destiny itself! Will the path woven by Chalce's past actions become crucial to understanding, and perhaps changing, the fate that has been planned for Agate, the artificial soldiers and the entire human race? Against a God of Judgment, the truth is mankind's only hope in the second and final collection of CLUSTER EDGE!