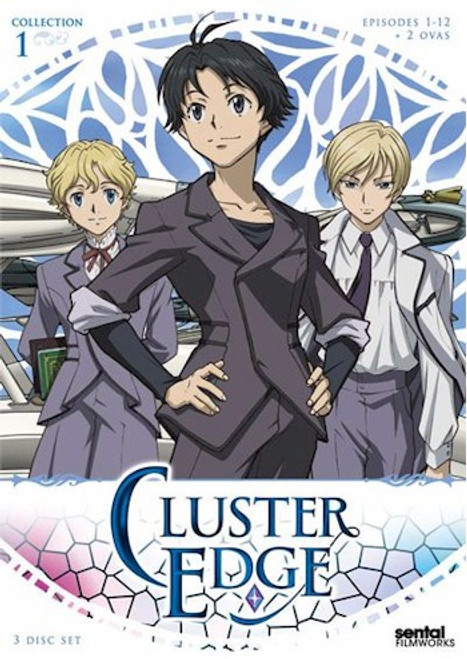 Cluster Edge Academy isn't just any school; it's THE school, where the offspring of the elite come together to prepare for their roles running a world where artificial soldiers and religious sects are major factors in the battle for total control. Which may be part of why new transfer student Agate Fluorite doesn't quite seem to fit in. It's not just that Agate's enthusiastic attitude stands out among the somber, brooding balance of the student body. There's something about him that demands notice, even from jaded honors students like Beryl Jasper, and from the moment of arrival he's been at the center of a series of mysteries that not even Agate understands. Because Agate's not just another student, he's part of a something so momentous, and dangerous, that the world that built Cluster Edge may not survive its passing. And while it may take a miracle to survive the deadly forces already in motion against him, Agate may just be able to produce one in CLUSTER EDGE - COLLECTION ONE!