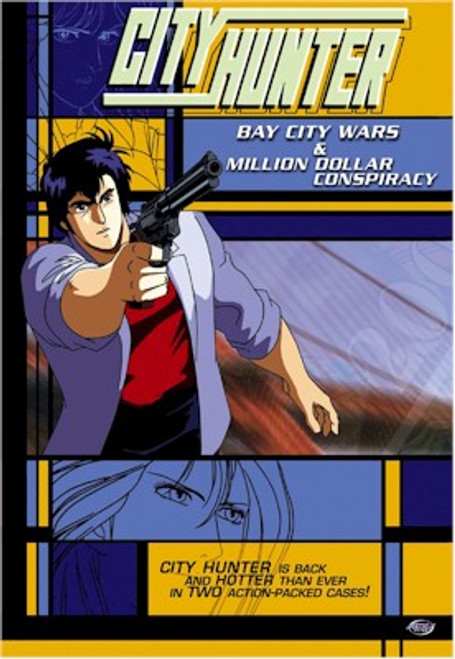 Bay City Wars After the US military ousts a sadistic Central-American tyrant, a spirit of merciless vengeance is born. And when the Bay City Hotel unveils its new supercomputer, the deposed ruler and his loyal daughter devise a plan. With the daughter's hacking skills, the very same computer that can help room service deliver breakfast can now deliver a nuclear payload right to Washington's front door. But their nuclear vengeance has one unforeseen problem-City Hunter. And now, the only question remaining is whose finger is faster? The girl on the button or the man on the trigger? Million Dollar Conspiracy When a mysterious (and gorgeous) stranger shows up needing protection, City Hunter's partner leaps at the million-dollar offer. The price seems a little high, but a beautiful woman with a full purse is pretty hard to resist. And it appears the tall, blonde, and beautiful client isn't above throwing in a little something extra to sweeten the deal. But before City Hunter can collect on his bonus of lacy lingerie and nights of passion, he's got to endure some rather dangerous foreplay-think "a barrage of bullets and deadly, explosive-rigged toys." There's no time for playing around in City Hunter: Million Dollar Conspiracy!

Lupin the 3rd: Missed by a Dollar DVD (uncut)