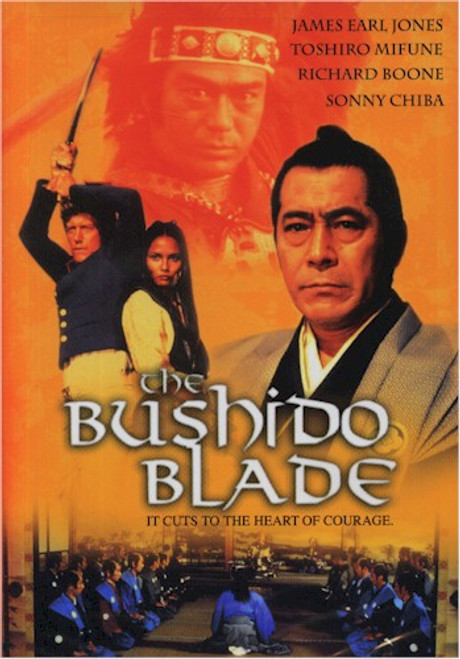 In 1854, Commodore Matthew Perry anchored his fleet in the shadow of Mount Fuji in Yokohama Bay. His arrival awoke Japan from a sleep of centuries.

In a feudal society torn between those who wish to move into the modern world and the rebel clans sworn to the "old ways," Perry pushes for a treaty to open the country, which the Shogun agrees to sign. But before the signing can take place, a fanatical group of samurai abducts a gift from the Shogun intended for the U.S. President. It is a national treasure of sacred significance to the Japanese - the great sword known as the Bushido Blade. The treaty cannot be signed until the Blade is recovered. It is an urgent and dangerous quest.