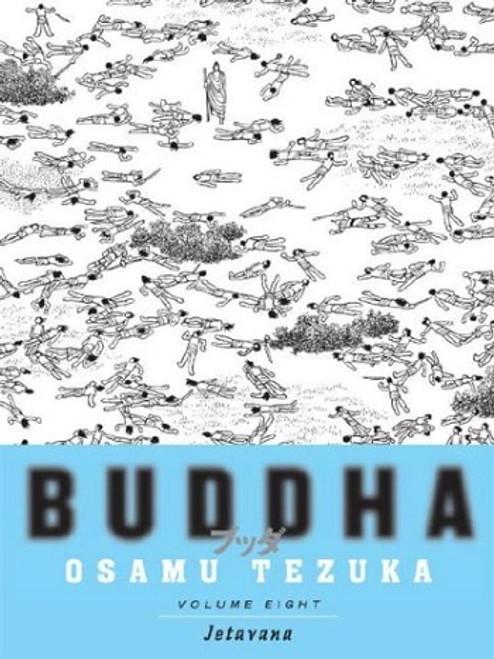 Osamu Tezuka's vaunted storytelling genius, consummate skill at visual expression, and warm humanity blossom fully in his eight-volume epic of Siddhartha's life and times. Tezuka evidences his profound grasp of the subject by contextualizing the Buddha's ideas; the emphasis is on movement, action, emotion, and conflict as the prince Siddhartha runs away from home, travels across India, and questions Hindu practices such as ascetic self-mutilation and caste oppression. Rather than recommend resignation and impassivity, Tezuka's Buddha predicates enlightenment upon recognizing the interconnectedness of life, having compassion for the suffering, and ordering one's life sensibly. Philosophical segments are threaded into interpersonal situations with ground-breaking visual dynamism by an artist who makes sure never to lose his readers' attention.

Tezuka himself was a humanist rather than a Buddhist, and his magnum opus is not an attempt at propaganda. Hermann Hesse's novel or Bertolucci's film is comparable in this regard; in fact, Tezuka's approach is slightly irreverent in that it incorporates something that Western commentators often eschew, namely, humor.