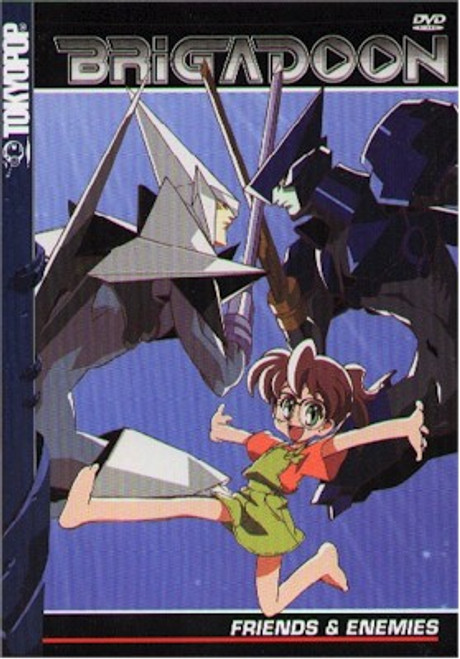 Episode 6: The Silver Gray Visitor Marin becomes increasingly worried about the peril that she exposes her house-mates to, so she goes to the police station. Big mistake - after suffering their abuse, she manages to escape with the aid of her friend, Midori ... only to come under attack from the Gun-Swordsman Monomakia! Episode 7: The Brilliant Battle Marin manages to escape back to the tenement house, where she learns that Melan Blue is poised to confront the dread Pyon Silver in the local stadium.. Episode 8: The Night When the Sea Turns Red Marin and her friend - in a rare moment of relaxation - try to unwind at the beach. Meanwhile, Melan Blue secretly battles more evil enemies but tries desperately all the while not to disturb Marin. Episode 9: Pink Light Jun has a heartfelt chat with Marin, trying to decide what to do about her father and her boyfriend. Suddenly, Monomakia Ryunma attacks ... and what saves Marin is an idea from a very unexpected source ... Episode 10: The Giant Monster's Brilliance Marin wins some free tickets to the World Exposition in Osaka. In the middle of her visit, though, a display pavilion transforms into a Monomakia and chaos ensues. In Melan's absence, who will come to Marin's rescue?

Bring it on! Graphic Novel 01