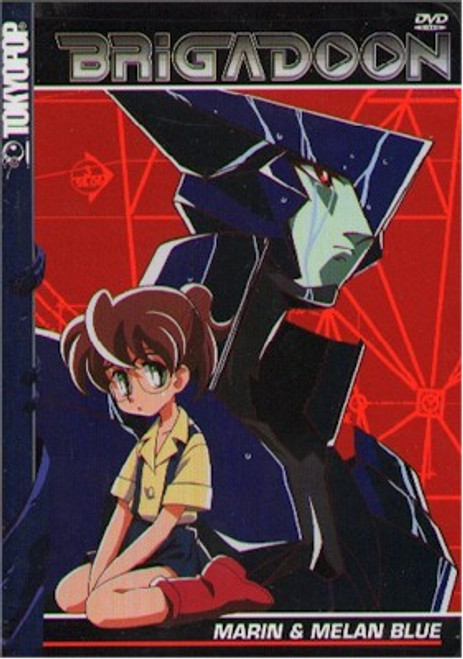 Episode 1: Blue-Colored Introduction Marin Asagi is a poor 13-year-old girl who lives in a tenement house with her extended family in downtown Tokyo. One day she is attacked by an evil alien robot thing and then Melan Blue, a robot protector known as a Monomakia, comes to her aid. Episode 2: Deep Blue Monomakia The initial crisis has passed, but Marin must now deal with the overzealous protection of Melan Blue and its impact on her classmates. And, the strange tower that crashed down from the sky has just sent out another set of murderous Monomakia ... their target? Marin, of course! Episode 3: From Dark Gray Clouds Everybody thinks that Melan's attacks on Marin's classmates and his overall destructive acts are being caused by Marin, so her classmates begin to harrass her. Meanwhile, a mysterious new liquid type Monomakia is threatening the city. Episode 4: Searching for the Rainbow Melan Blue and Marin have had a falling out as a result of his continued ham-fisted approach to protecting her ... what better time for a conniving Monomakia to launch a new attack on Marin? Episode 5: Under the Soda-Colored Sky The cops get involved in investigating the attacks on Marin ... and, as if that's not enough grief for one girl, she's beset by a miniature sniper-Monomakia who wields a nasty blaster!