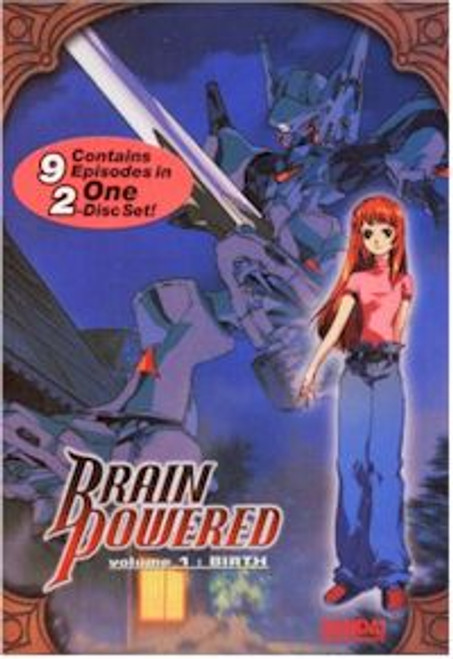 Yoshiyuki Tomino (Mobile Suit Gundam) and an all-star creative team present a new vision of Earth's future.An organic relic called Orphan is draining all the energy from the Earth. A group called the Reclaimers is dedicated to achieving Orphan's goal of going into space and leaving the Earth a dead planet Opposing them is Novis Noah, a group formed by the United Nations and pledged to stop Orphan at all costs. Both sides use bio-organic humanoid machines called "Antibodies" in battle. Hime Utsumiya, a local orphan, finds herself embroiled 'in the struggle when she witnesses an Antibody being born and becomes the pilot of a brand-new Brain Powered. Meanwhile, Reclaimer pilot Yuu Isami is having serious doubts about whether achieving Orphan's goals right. Can the world be saved?Contains Episodes 1 - 9