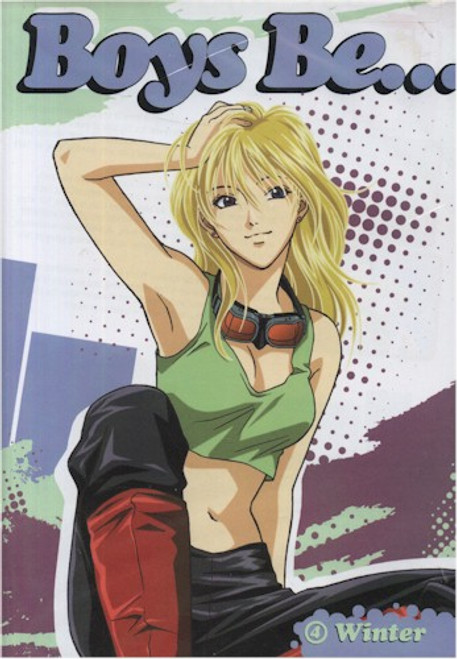 Just another love story? No way! After ages about hearing what girls have to say about relationships, BOYS BE... steps forward to reveal the flip side of love - what's really going on from a guy's point of view! Meet Kyoichi, Makoto and Yoshihiko - three normal high school guys with just one thing on their minds: girls. It's Christmas Eve, but Yoshihiko isn't spending it with his family - he's being dragged all over town by a sexy supermodel in a Santa suit! Jyunna Morio is one of the biggest pop idols in Japan, but when she runs into Yoshihiko (literally), she whisks him off on a whirlwind tour of all the hottest dating spots in town. Has Yoshihiko accidentally struck gold with this pop-star princess, or is something going on that he doesn't know about? Then, it's almost time for the New Year's bash! The countdown to the turn of the millennium is fast approaching, and everyone is busy making plans. But what about Kyoichi and Chiharu? When the clock strikes 12, will the New Year find them together or apart?