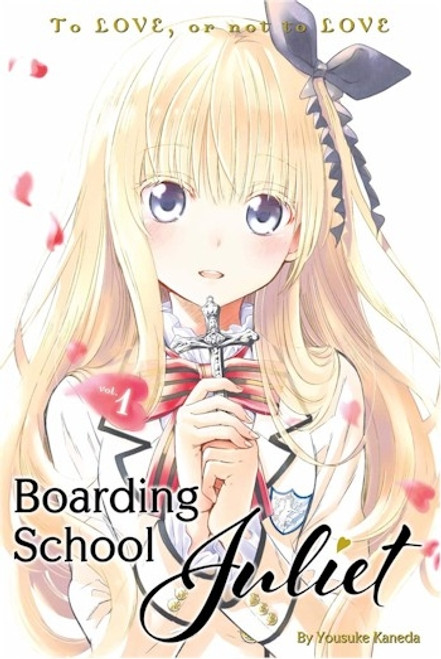 The Romeo and Juliet high school rom-com that inspired the upcoming anime! Rival dorms on an extravagant island campus fight a schoolyard war, but can two star-crossed lovers keep their budding relationship a secret?

Two Dorms, Both Alike in Dignity

The prestigious Dahlia Academy educates the elite of society from two countries: to the East is the Nation of Touwa; across the sea, the Principality of West. The nations, though, are fierce rivals, and their students are constantly feuding-which means Romio Inuzuka, head of Touwa's first-year students, has a problem. He's fallen for his counterpart from West, Juliet Persia, and when he can't take it anymore, he confesses his feelings. Now Romio has two problems: a girlfriend, and a secret.

After the Rain Graphic Novel 01

Tomo-chan is a Girl! Graphic Novel 01