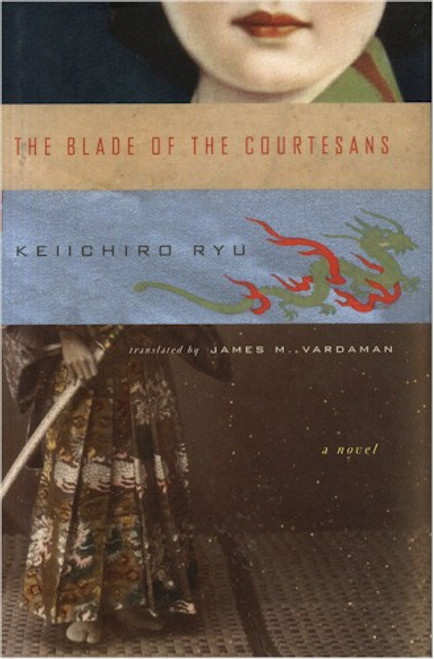 The grueling, century-long battle royal that plunged feudal Japan into "an Era of the Warring States" has finally ended, and the victorious Tokugawa clan rules the freshly united Land of the Rising Sun. The shogun will come from the Tokugawa line for more than two hundred years, right until Commodore Perry's "black ships" force the far eastern archipelago into modernity. While the Mikado or emperor retains prestige, he is but a figurehead. It is the beginning of the Edo period.

Yet, despite the onset of peace and prosperity, trouble brews in Yoshiwar, the pleasure quarters of Edo where geisha courtesans count among their clientele numerous bored samurai who are no longer called upon to fight. The issuance of a gomenjo or permit for the red-light district is threatening to occasion a momentous power struggle. The courtesans themselves have no blade of their own - not until an unspoiled young swordsman from the mountains of Higo province arrives in Edo.

Raised by the late legendary Miyamoto Musashi and mysteriously sent to the capital by him, the innocent but lethal Matsunaga Seiichiro bears a secret that is hidden even from himself: he is of the imperial family. Having barely survived a ruthless purge by Tokugawa minions as an infant thanks to Musashi, the youth is now more than ready to stand his own against forces that stubbornly seek his death. But the infamous Yagyu clan that serves the shogun includes ninja as well as daylight warriors among its ranks.

Filled with satisfying action, memorable characters, and a genuine aroma of history, The Blade of the Courtesans is a milestone of entertainment fiction, a perennial favorite among younger and older readers alike in Japan for its accessible and layered exploration of bygone yet unforgotten times.

The Boy and the Beast Novel (Hardcover)

Blade of the Immortal Novel Vol. 1 Legend of the Sword Demon

Blade of the Immortal Omnibus Vol. 03

Blade of the Immortal Omnibus Vol. 01

Blade of the Immortal Vol. 09: The Gathering II

Blade of the Immortal DVD Vol. 03

Blade of the Immortal Vol. 15: Trickster

Blade of the Immortal Omnibus Vol. 05