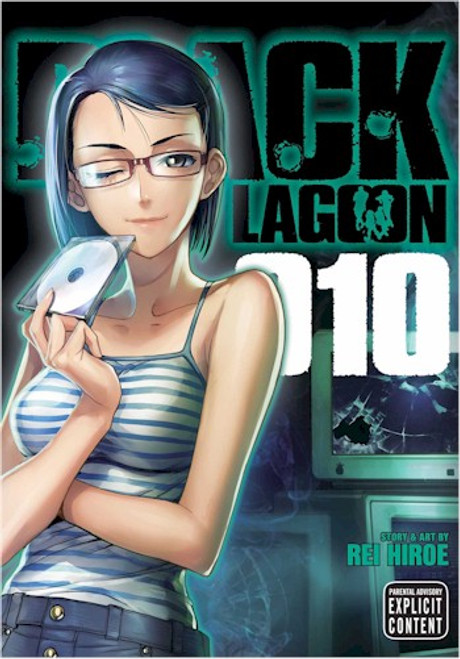 Lock n' load with the baddest group of mercenaries ever to hit the high seas of Southeast Asia! Aboard their World War II torpedo boat, the Black Lagoon, Dutch the Boss, Benny the Mechanic, Revy Two Hand, and Rock, the salaryman from Japan, deliver anything, anywhere. In the dangerous underworld of the Russian Mafia, Chinese triads, Colombian drug cartels, crazed assassins, and ruthless mercenaries, it's hard to know who to trust. But if you've got a delivery to make, and you don't mind a little property damage along the way, you can count on the crew of the Black Lagoon!

Benny's tech-savvy girlfriend Jane has recruited Feng Yifei, a Chinese spy, to help her hack into a massive German defense company. But Jane's real motive is to blackmail the Chinese government by exposing their operations and hang Feng out to dry as a scapegoat. The People's Liberation Army isn't going to let this slide, and it's not long before they hire local mercenaries to wipe out Feng and anyone that gets in the way, including the crew of the Black Lagoon!