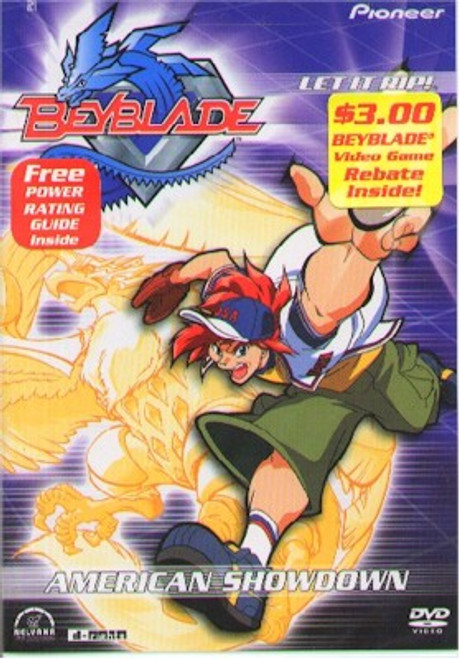 American Showdown When the super-talented Bladebreakers face-off with the indestructible All Starz, the Battle of America is on! Kai, Tyson, Ray, Max and Kenny pit their skill against their opponents' high-tech Beyblades in the ultimate battle of human spirit versus technology. Kenny and Dizzi reflect on the team's road to success, realizing just how far the Bladebreakers have come. But the stakes are only getting higher. By the time our crew boards a cruise ship bound for Russia and the World Championship, their problems spin out of control. They get detoured to England, where they encounter the most powerful opponent they've seen yet. A mysterious videotape from Tyson's dad explains the legacy and true power of bit beasts, and convinces the team to learn from every Beyblader they can find.