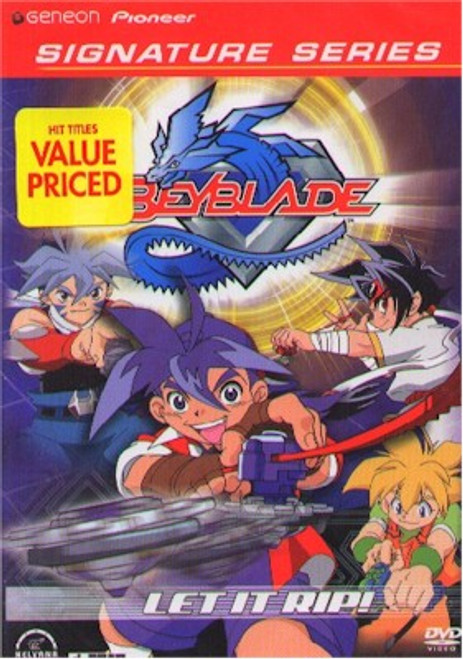 Let It Rip! As a young Beyblader, Tyson has a dream to be the best blader in the world! Tyson decides to challenge Kai, undefeated blader. Unfortunately Tyson is crushed by Kai's blade. Vowing revenge, Tyson begins his quest to rebuild his Beyblade. With help from his best friend Kenny, Tyson searches to find a bit beast strong enough to take-on Kai and his Dranzer. What Tyson doesn't know is, the power is already in the family.