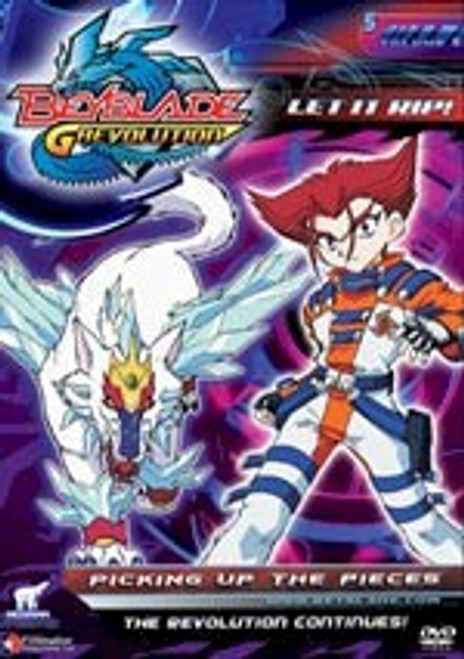 The Blitzkrieg Boys face off against the BBA Revolution without Tyson. Kenny finds himself way out of his league, but when Tala starts to insult Tyson, Kenny discovers his blading spirit and vows to never give up and win the match for his friends! During the Spanish leg of the World Championships, White Tiger X encounters a pair of trick bladers that happen to be Raul and Julia from F Dynasty in disguise. White Tiger X faces F Dynasty in a league approved two-on-two match. During the battle Lee's reckless beyblading becomes a serious concern, and it is up to Ray to save his teammate!