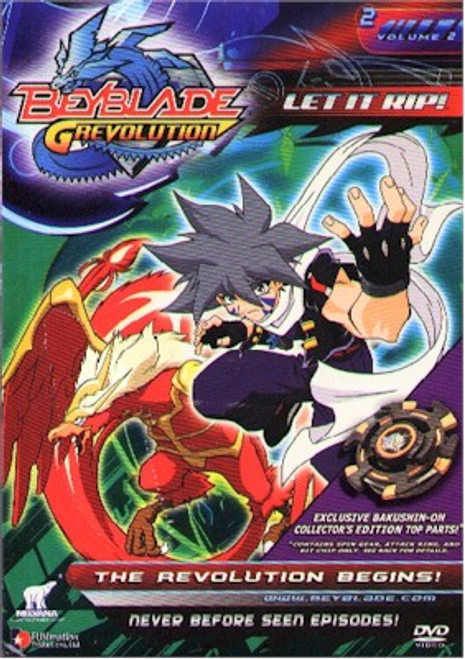 The Bladebreakers are no more! As Tyson tries to pick up the pieces of his shattered team, Ray and Max go through some growing pains with their old teammates. But time is not a luxury as the preliminary round of the World Championship begins. Kai and Daichi must battle to determine who will be Tyson's partner in the Tag-Team Tournament. But who is the mysterious newcomer, Kotaro? What secrets does Kotaro's impressive Beyblade hold? As if his world has not already been turned upside down, Kin makes a revelation that shakes Tyson to the core!