Battle of the Planets DVD Vol. 06 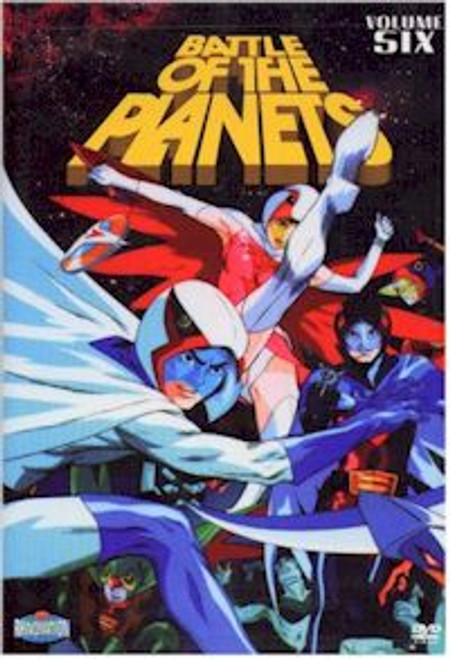 Battle of the Planets DVD Vol. 06

SPACE ROCKET ESCORT A new fighter, the FY9, has been built for Earth's sister planet Riga. Specially trained pilots fly it there, with G-Force flying escort. Unknown to anyone, the pilots are from Spectra and once in deep space, they hijack the craft and head, not to Riga, but to Spectra where Zoltar is waiting. They jam all communications channels to keep G-Force unaware of their actions until they can trap the G-Force Phoenix in the FY9's powerful tractor beam. They then steer in on a collision course with an active volcano and an explosive fight for survival suddenly erupts! BEAST WITH A SWEET TOOTH In the Dominican Republic, a peaceful sugar cane plantation is suddenly attacked by a gigantic robotic beetle that inhales all the sugar cane in its path. The insatiable bug sucks up crop after crop until the fields are ravaged. It then moves on destroying sugar crops all around the world, depleting a major source of the Earth's energy and creating a major sugar shortage. Jason suspects it's the work of Planet Spectra and he's right. They've set up a secret Earth base controlled by Zoltar. Can G-Force find him and drill his sweet tooth before the world decays? One thing's for sure: victory will be sweet.

Beauty is the Beast Graphic Novel 02

Beauty is the Beast Graphic Novel 03

Beauty is the Beast Graphic Novel 01

Beauty is the Beast Graphic Novel 04