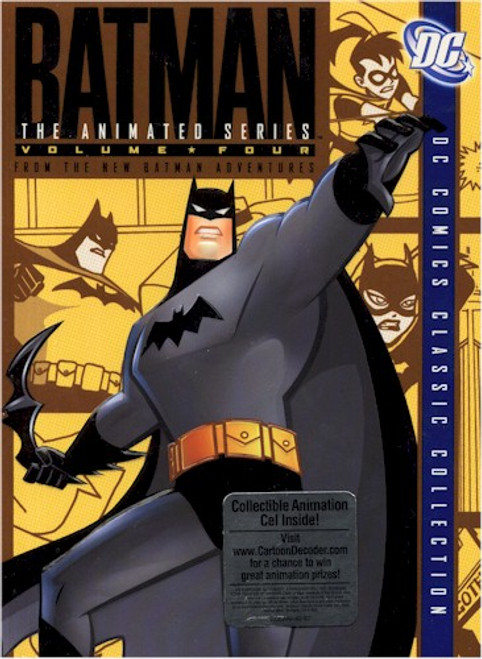 In the hit show that continues the Batman storyline from the Emmy-winning Batman: The Animated Series, two years have passed and Batman still protects the streets of Gotham City from the demented criminals that inhabit its dark alleys. But irreconcilable differences with Dick Grayson lead to the collapse of the Batman/Robin crimefighting duo and to the birth of Gotham's new hero Nightwing. Batgirl fights at Batman's side, and a new Robin takes flight after Batman's chance encounter with young Tim Drake. In these 24 thrilling episodes, the Gotham Knights face their worst enemies - The Joker, Penguin, Mr. Freeze and many more - in a comprehensive 4-disc set that completes the Batman animated saga!