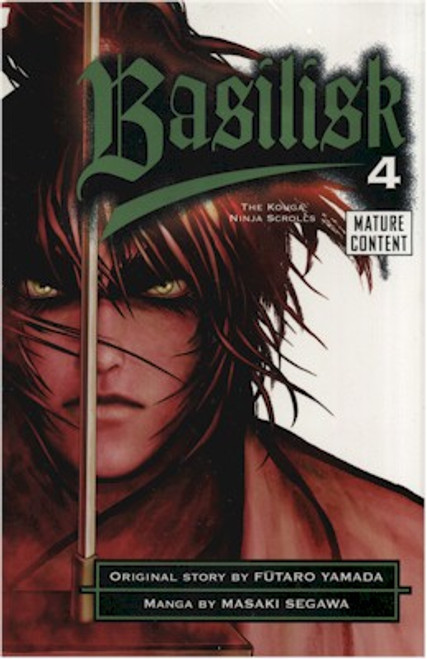 OF BLOOD AND DESTINY

The titanic battle between the clans rages on. Akeginu and the blinded Oboro of the Iga clan encounter a powerful aristocrat named Ofuku, who will do whatever it takes to make her godson, Takechiyo, the next Shogun. If Ofuku and her troops join forces with the Iga, will the Kouga still have a chance at victory?

Meanwhile, the Kouga leader Gennosuke, also blinded, and his comrades - including the shapeshifter Saemon and the deadly seductress Kagerou - embark on a long journey to Sunpu to find out exactly why the truce was dissolved. They will face the fury of the calculating Tenzen and the whirlwind-wielding Koshirou. In the end, who will survive this bloody game of deception and politics?