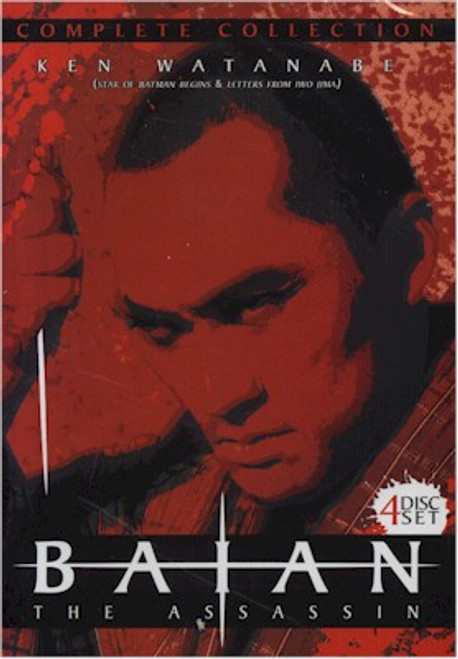 During the day, Baian (Ken Watanabe, Letters from Iwo Jima) is the friendly and trusted village acupuncturist. At night, he becomes Baian, The Assassin!

Using his acupuncture needles as weapons, he takes on deadly assignments, killing with an undeniable skill and precision. Originally known as "Shikakenin Fujieda Baian", Baian the Assassin is based on a series of books by Shotaro Ikenami. The Japanese television series became a major hit during its original run (1990-1993) and helped catapult Watanabe to stardom. The entire series has been included in this deluxe set.