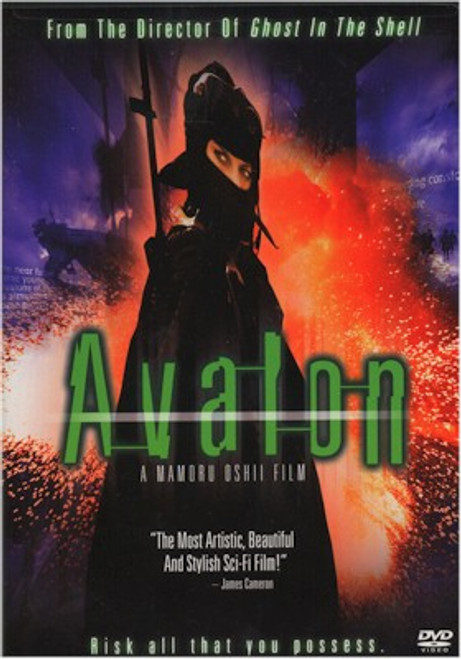 From Mamoru Oshii, the acclaimed director of Ghost In The Shell, Avalon is a mesmerizing sci-fi thriller with explosive action and state-of-the-art visual .effects in the stunning style of The Matrix'. In the not-so-distant future, desperate young people risk everything to play "Avalon" ∙ an illegal and potentially lethal virtual war game where addicted combatants earn points and wealth. For one of the game's greatest warriors, the "noble soldier" Ash, the search for Avalon's legendary game stage Class Real will either lead to an entirely higher level of existence - or be a journey from which never return! With awe-inspiring visuals and an intriguing futuristic story, lose yourself in the excitement of this amazing cinematic adventure!