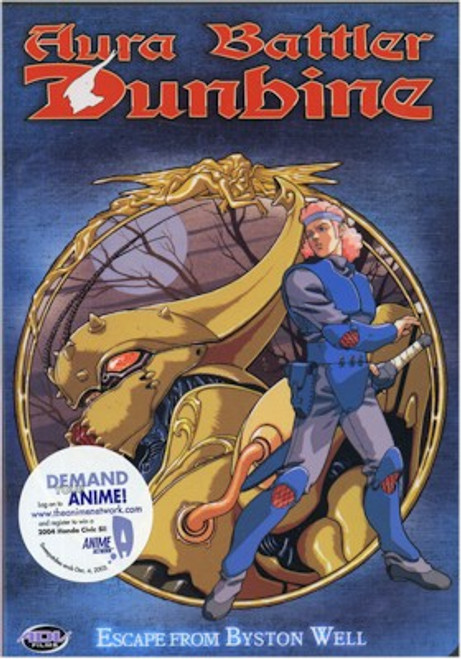 Vol. 04 Escape from Byston Well An unexpected turn of events completely changes everything! While defending Elf Castle against Drake Luft's invading army, Show Zama unleashes a powerful blast of "aura power," which propels him into the Aura Road where he transported back to Japan. Unfortunately he didn't count on another battler making the journey with him. Back in Byston Well, the crew of the Zelerna must face the new threat posed by Luft's new recruits from Upper Earth. Aura Battler Dunbine-the stuff that legends are made of. An epic, one-of-a-kind adventure created by Yoshiyuki Tomino (Gundam), which dives headfirst into a rich, fully defined world to create one of the most unique anime experiences ever envisioned.