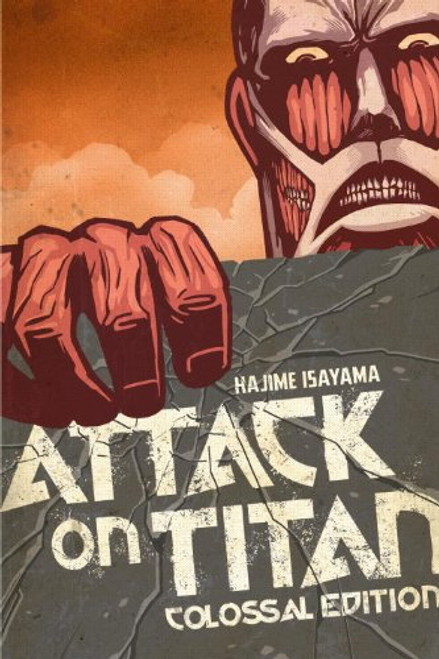 This volume includes Vol. 1-5 of Attack on Titan in an extra-large 7x10.5-inch size, with 15 COLOR PAGES never published in any other book - not even in Japan!

For eons, humans ruled the natural world. But a century ago, everything changed when the Titans appeared. Giant, grotesque parodies of the human form, these sexless monsters consumed all but a few thousand human beings, who took refuge behind giant walls. Today, the threat of the Titans is a distant memory, and a boy named Eren yearns to explore the world beyond the wall. But what began as a childish dream will become an all-too-real nightmare when a Titan finally knocks a hole in the wall, and humanity is once again on the brink of extinction.

Attack on Titan: Before the Fall Graphic Novel 08