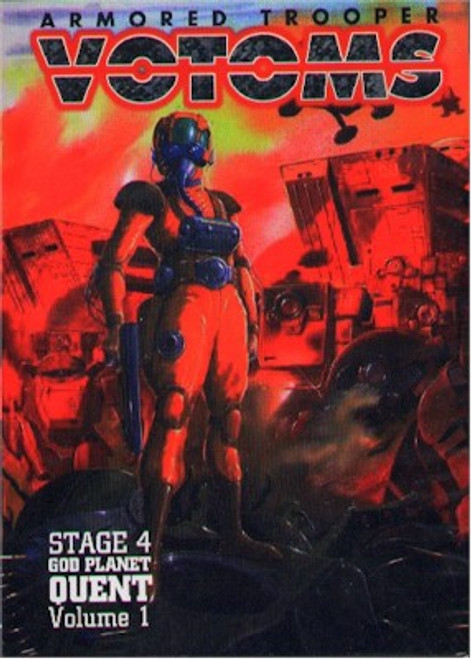 Planet of Ghosts! At the center of the Astragius Galaxy lies the mysterious planet Quent. Once, it was the cradle of the greatest civilization in the history of the known universe. But, 3,000 years ago, the Quentians accidentally unleashed a powerful force. A dark force so terrifying that they willingly destroyed their own civilization rather than allow it to spread...a power which lies at the heart of Chirico Cuvie's destiny. Chirico travels to Quent, hoping to learn the truth about his existence. Is he a Perfect Soldier, as Rochina insists--or is he something more? Who is he? Who has been controlling his destiny, and why? With the Secret Society watching his every move, Chirico gets closer and closer to uncovering the mysteries of the ancient civilization, and the truth about his own past, locked beneath the sands of Quent. But what he finds may shake the Astragius Galaxy to its core! Episodes: 1: Friends (Deadworld Sunsa flashback) 2: Quent 3: The Desert 4: Legacy