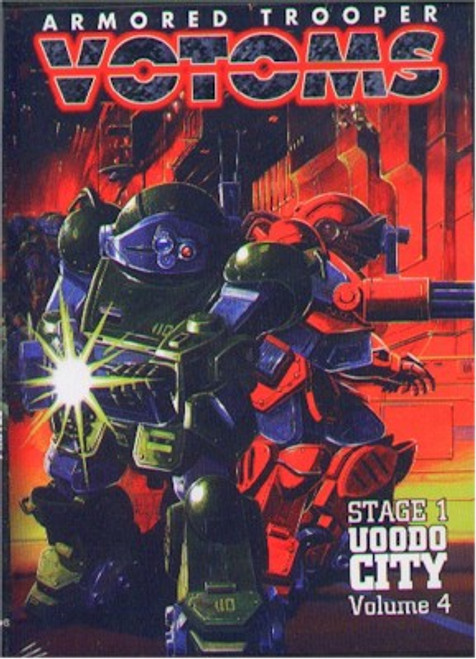 City in Flames! The hunted becomes the hunter! All hell breaks loose as Chirico makes his move against the Secret Society and the Uoodo City police, and when his Armored Trooper explodes into action he gives his enemies more than they bargained for. But Captain Rochina and the Melkian Army have been watching,waiting for the right moment to move in with all the force at their command. Chirico fights his way all the way into the heart of the enemy stronghold and finally wins the heart of the Phantom Lady. But Iskui and Borough have enlisted A.T. pilots from the Battling arena and getting out will be a lot tougher than getting in. Just when it seems things can get no worse, Captain Rochina's army parachutes into Uoodo for a full-scale invasion. They will catch the Secret Society even if they have to destroy the entire city to do it. It's a tornado of fire...with Chirico caught right in the middle! Episodes: 11: Counterattack 12: The Bonds 13: The Escape