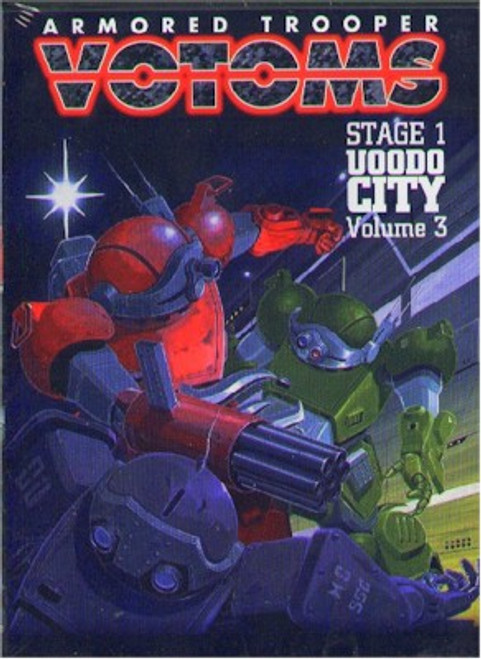 Fight or Flight! Fugitive soldier Chirico Cuvie has not only an agenda, but also the power to carry it out after stealing priceless Jijirium from the Secret Society! Chirico wants to draw the mysterious Phantom Lady out into the open. This works, but only to a point--she's as deadly a robot pilot as he, and when their Armored Troopers meet in combat, the outcome is far from Predictable! Now on the run again, Chirico and his companions have to make a choice: get out of Uoodo City and never look back, or return fire. Chirico is determined to learn the truth behind the conspiracy that has made him a renegade. But the Secret Society controls Uoodo's corrupt police department, and Chirico will need some serious firepower. Fortunately, he knows where to find it...and his friends will soon learn there is much more to him than meets the eye! Episodes: 8: The Deal 9: The Rescue 10: Red Shoulder