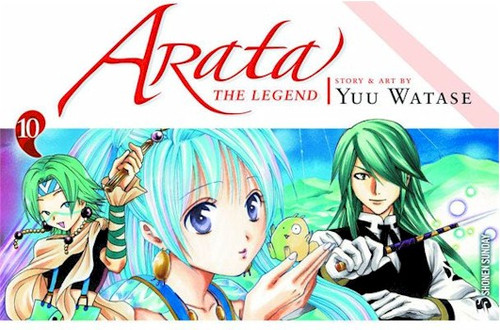 In a mythical world where humans and gods coexist, a ceremony marking the new governing princess is about to occur for the first time in sixty years. Only a girl from the Hime Clan may take this position, but the lack of females born to this family means that a boy called Arata must pose for the role. Meanwhile in modern-day Japan, a boy named Arata Hinohara is starting his new life in high school. He wants to put memories of his difficult past behind him, but things aren't going to be simple when he discovers a mysterious connection to the first Arata...

While Hinohara visits the Hime clan, he is declared the second coming of a past king and the true ruler of Arata's world! Despite the many obstacles that fate puts before him, Hinohara forges ahead. But then, he encounters his strongest foe yet∙the Shinsho Yataka!