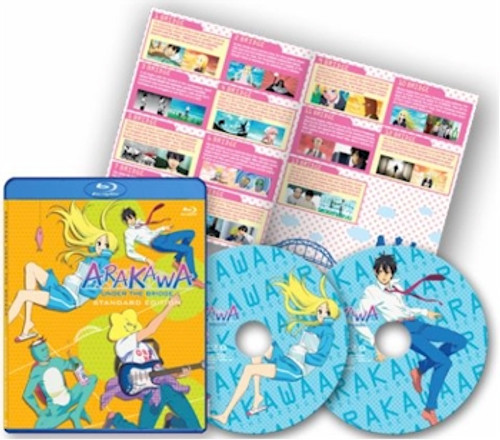 Ko Ichinomiya's family motto is "Never be indebted to anyone," but after losing his pants and falling into the Arakawa River, he quickly finds himself in debt to his savior, the cutely insane Nino who happens to live under the bridge. To repay her, he vows to help her with her desire to "experience love." Along the way he'll meet the river's other residents, including a hot-blooded kappa, a Sister in drag, and a literal rock star. The love story between Ko (aka Rec) and Nino is often humorous, sometimes bittersweet. This surreal comedy depicts the exciting lives of these two and all the other maniacal residents of Arakawa under the bridge.