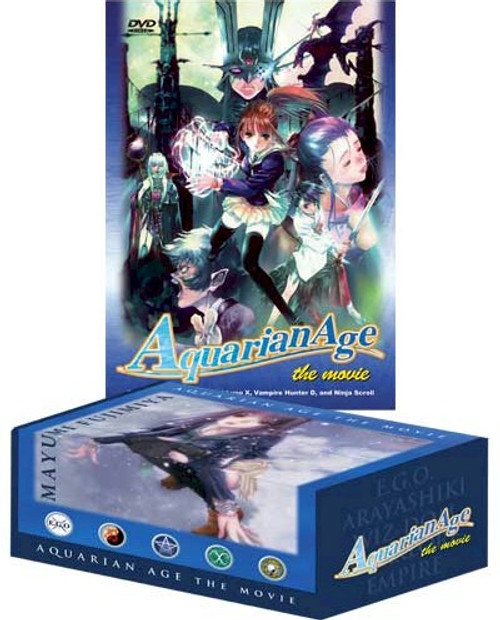 The world is not what it seems. Secretly, young girls from 3 different factions have been fighting to rule the world for ages: the mystical Arayashi in the East, the secret society of WIZ-DOM in the West, and Darklore, decedents of an ancient race.

In the 21st century - the era astrologists refer as the Aquarian Age - a new sect of girls have banded together as the Evolutional Girls Organization (E.G.O.) to battle against the established factions. And now, certain gifted men have become directly involved in the war. These "Mindbreakers" have the power to control the girls and awaken the latent powers within them. They also seek to rule the world.

As the factions ready for battle, a new threat has come upon the horizon. An alien fleet orbits the earth, one with the ability to wipe out enemies completely and instantly, thus earning the name "Erasers."

And so rises the age of chaos. The fate of the Earth - of the galaxy - will be decided in the Aquarian Age.