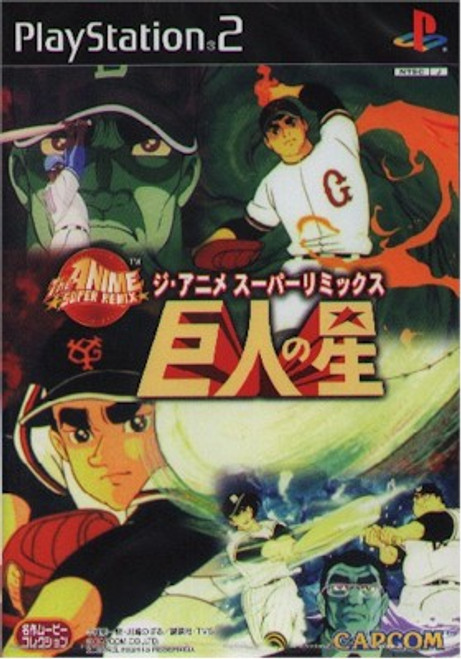 Translated as Star of the Giants, Kyojin no Hoshi was an eleven volume manga by Noboru Kawasaki and Ikki Kajiwara that followed the path of a young boy who dreams of joining the Yomiuri Giants baseball team. Facing and surmounting self doubt, arduous training, and rivalries, Hoshi Hyuuma eventually reaches his goals and becomes a pitcher with the Giants. Similar to Ashita no Joe, the manga would eventually also hit the big time with anime episode productions. Hoshi owns some batters by performing something called "Big League Pitch #2" where his leg kicks up a cloud of dirt on the mound, obscuring the hitter's view as the ball zooms towards him. One memorable episode of the anime is built around a single pitch from Hoshi to batter. Capcom's Anime Super Remix features an assortment of nine baseball mini-games and 110 cels from the original Kyojin no Hoshi animation. Successful navigation and performance in the mini-games unlock additional mini-games and sets of animation stills. Once all of the games are conquered and all of the animation unlocked, a complete narrated episode of Kyojin no Hoshi may be viewed. Consider it your trophy for fading batters with expeditious efficiency.