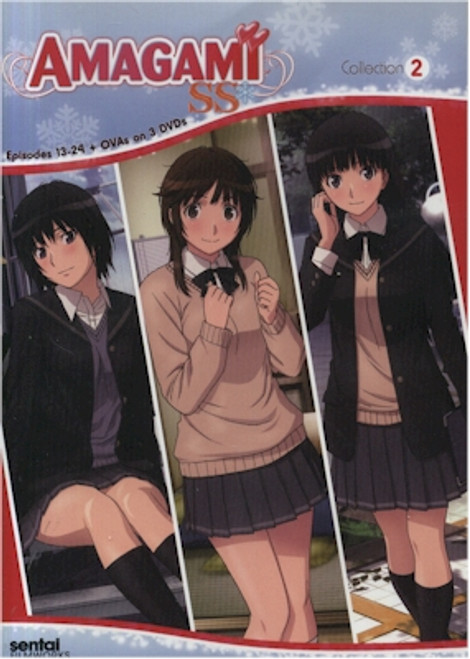 Junichi Tachibana hasn't exactly been lucky in love, but was that because there's something fundamentally wrong with him, or simply because he wasn't trying hard enough? How many girls could he have struck up a meaningful relationship with if he'd done the right things, said the right words? The answer has yet to be unveiled as new versions of Junichi's prospective romantic future continue to appear. One boy and a whole lot of different girlfriends to be: if it sounds like wishful thinking, it is. But wishes have a habit of coming true, so the odds are definitely on Junichi's side! It's a whole new twist on the idea of love at sixth or seventh sight in the second and final half of AMAGAMI SS!