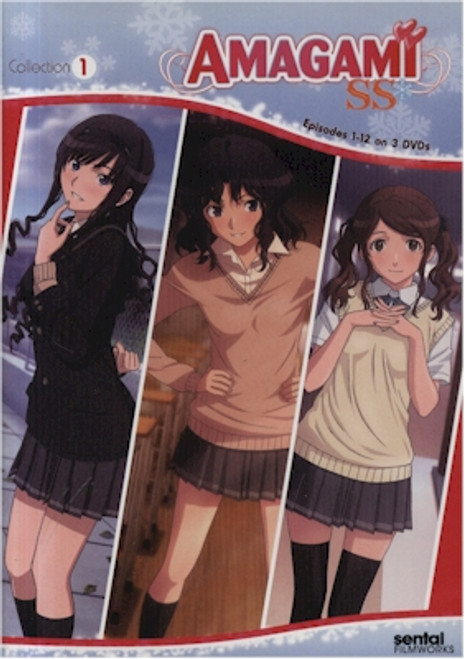 Alternate lifestyles are one thing when it comes to romance, but alternate universes? When his date stood him up on Christmas Eve two years ago, Junichi Tachibana felt a little piece inside him shrivel up and die. Now he distrusts the very idea of love, which is a shame because Karma is about to hit him back in a MAJOR way. You see, there are SEVERAL girls who would all make wonderful partners for Junichi if he would only open his eyes. Are you ready for a half-dozen or more romances, all at the same time? Neither is Junichi, so through the miracle of animation, you're about to see how each of those individual romances would have played out if someone had done just the right thing at the right time. Discover Fate and Destiny's alternate plans as we learn what the stars COULD have in store in the first amazing half of AMAGAMI SS!