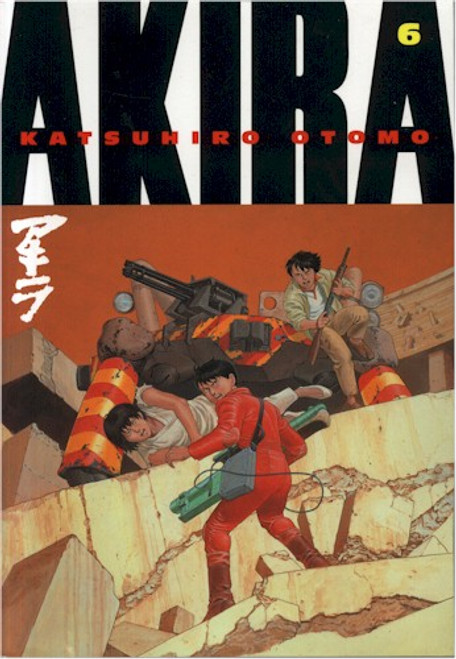 In a devastated 21st century Neo-Tokyo, the armed might of Earth is massed against the godlike powers of two psychic titans, the mute child Akira and the deranged youth Tetsuo. While Akira has unintentionally destroyed the city twice before, Tetsuo has ravaged the surface of the Moon for his sheer amusement, and his madness grows as his abilities expand. But he is gradually losing control of the limitless energies that rage within him, mutating Tetsuo into a horror beyond imagination, and as all forces converge for a final confrontation, the fate of the planet lies in the hands of mere mortals... and the mind of a child.

This final chapter of Katsuhiro Otomo's internationally honored graphic-novel masterpiece brings to a shattering, mind-warping conclusion the science-fiction epic that has influenced storytellers from every continent and in every medium. Akira is a one-of-a-kind work of breathtaking scope, unforgettable imagery, and singular vision.