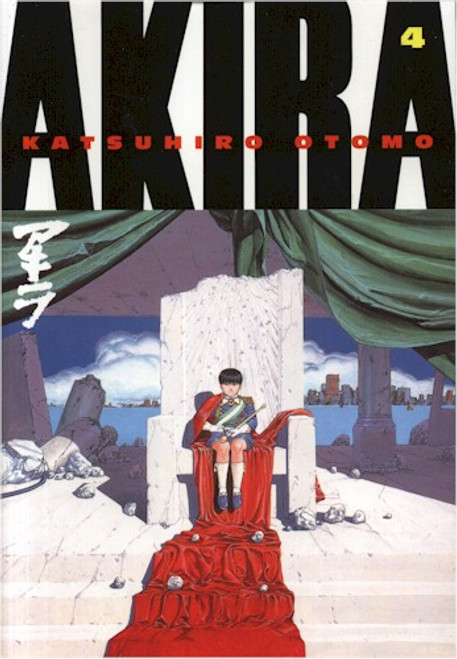 Suffering the fate that beset its namesake three decades earlier, twenty-first-century Neo-Tokyo lies in ruin. Set off by the bullet of a would-be assassin, the godlike telekinetic fury of the superhuman child Akira has once again demolished in seconds that which took decades and untold billions to build. Now but off from the rest of the world, the Great Tokyo Empire rises, with Akira its king, the psychic juggernaut Tetsuo it mad prime minister, and a growing army of fanatic acolytes ready to go to any length to please their masters. Froces on the outside still search for a way to stop Akira, and the answer may lie in the hands of the mysterious Lady Miyako, a powerful member of Akira's paranormal brotherhood. But the solution to harnessing Akira may ultimately be more dangerous than Akira himself!

Twenty years since its original release in Japan, Akira remains one of the most widely acclaimed and influential works of graphic fiction, and creator Katsuhiro Otomo has become a legendary storyteller in animation as well as manga. Akira is a science fiction tour de force, a breathtaking vision of innocence, infamy, and insanity.